Division of Theater-Cinema Studies and Musicology

The Division of Theater, Film and Music Studies surveys the history and theory of theater, cinema and music. It offers courses in: a) the world theater from the Middle Ages to the present day and the Modern Greek, mainly from the 19th century until today; the special function of acting, direction and music in the performances of the above periods; the long tradition of ancient drama’s revival on the modern stage; the Turkish and Greek shadow theater as well as other humble theater genres where text can hardly be anticipated as literature (Operetta, Theatre revue, Stand-up Comedy) b) different periods in the history of world and Greek cinema∙ film movements, auteurs and genres∙ mainstream, art and avant-garde cinema∙ classical and contemporary film theory∙ film adaptation∙ and the representation of history in cinema, and c) the history of folk, popular and art World and Greek music. The Division prepares the students to acquire an in-depth understanding of key concepts, figures, and aesthetic traditions, familiarize themselves with major methodological approaches and conduct original research related to these arts. An important part of the teaching and research objectives of the Division materializes through the actions of the Laboratory of Theater, Film and Music Studies.

Members of Division of Theater-Cinema Studies and Musicology 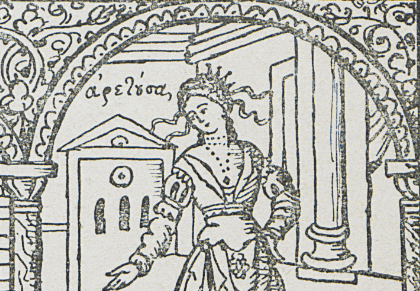